Recently I moved to a new city for my new job. The place I moved in doesn’t have much spaces for a geek to place things like server, let alone small rack.
But I still need to have a server in the place I live, in order to run stuff like home automation or local DNS server or stuff.
I did some searching, and hello Intel NUC.

For those who don’t know what NUC is, NUC stands for Next Unit of Computing, a concept created by Intel.
They have been making NUC for a few years, and some NUC really stands out. Like Hades Canyon, the NUC that have AMD Radeon Vega chip in it(WHAT), or Ghost Canyon, the expandable NUC.

But for me, although Hades Canyon looks really good, at 2022, it’s kinda old, so I didn’t consider to purchase that one (a few year later maybe).
At this time, I think a NUC not bigger than a palm is perfect for me, and this NUC better can have lots of RAM, have some decent compute power, and can have some storage spaces.

Doing some research, I found myself in a interesting place, where I have Intel NUC 11 and Intel NUC 12 to choose, former has Intel Core i 11th gen processor, later has 12th gen.
Although there are some price differences, I think with 12th gen processor, having P core and E core may comes in handy in the future.

So I got one, the model I purchased is NUC12WSKi5, I can’t remember what exactly model it is. 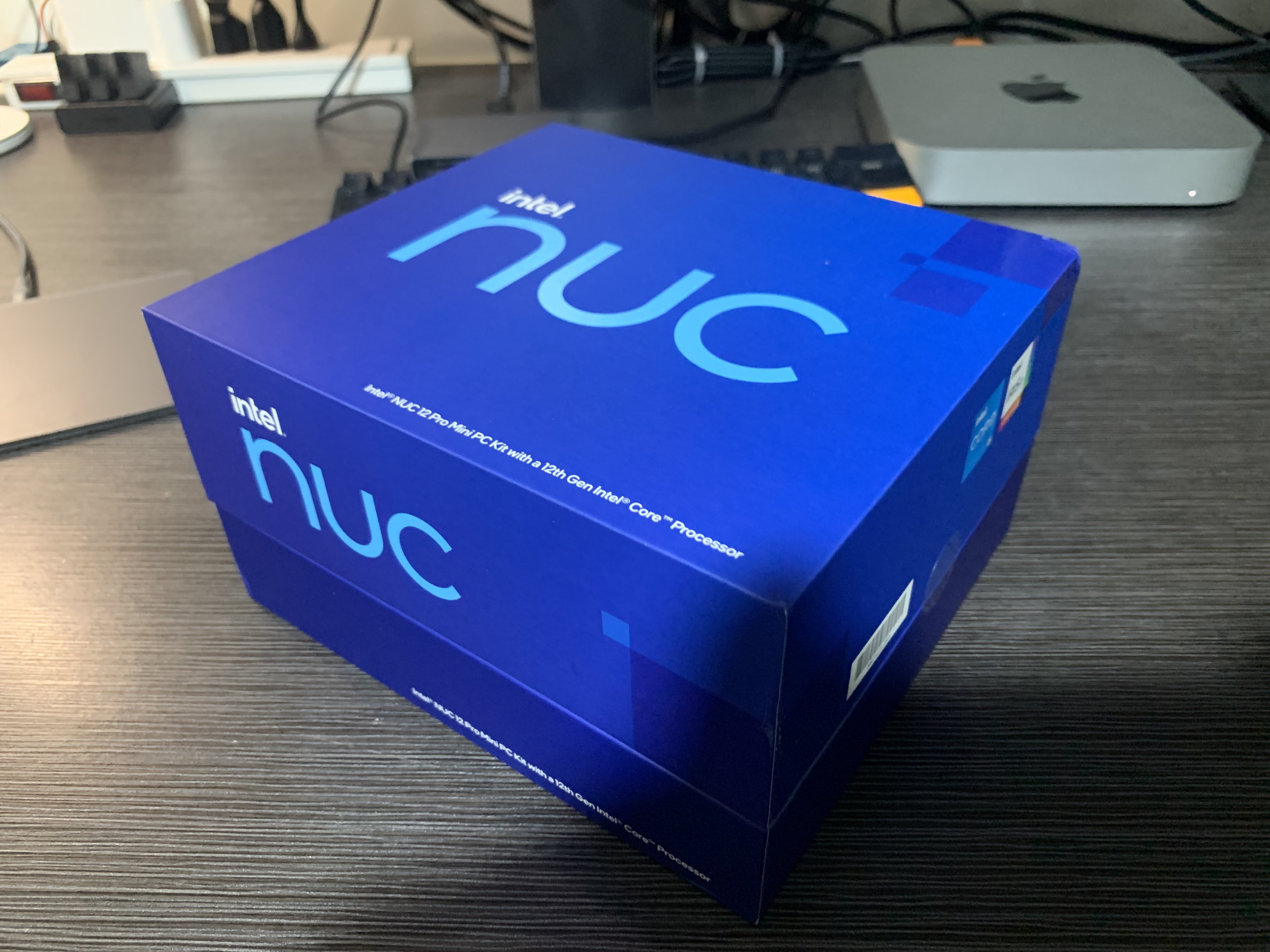 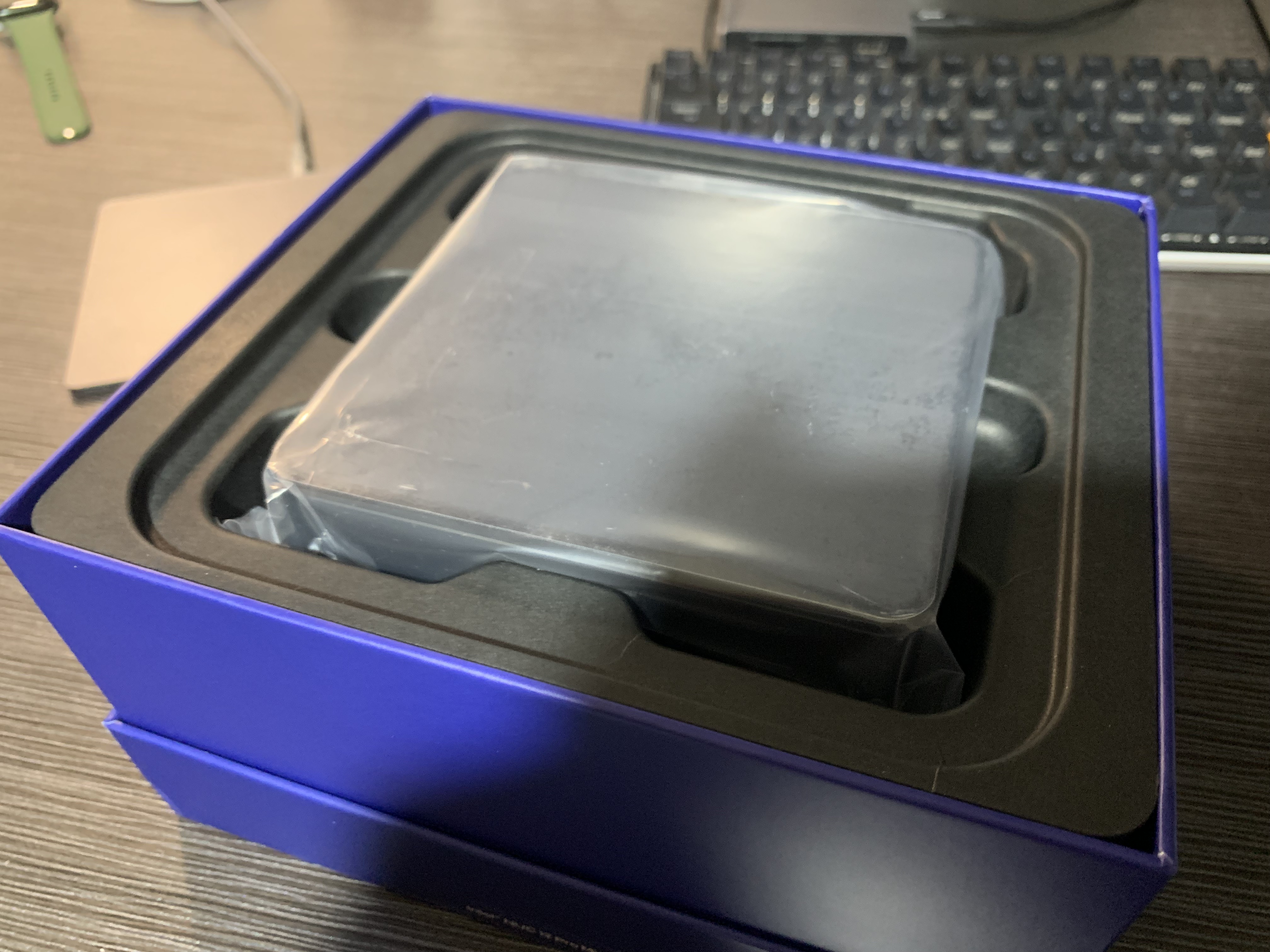 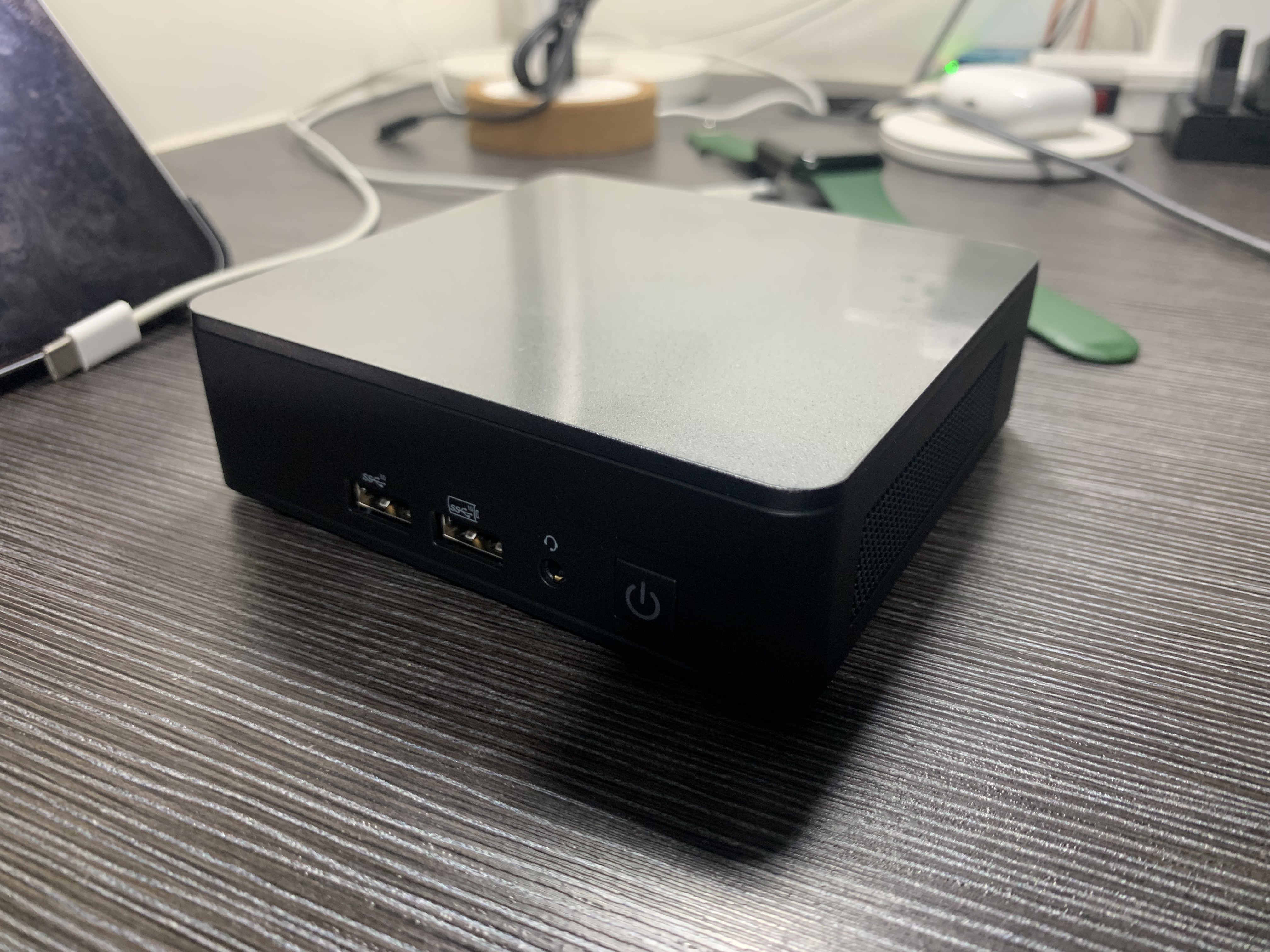 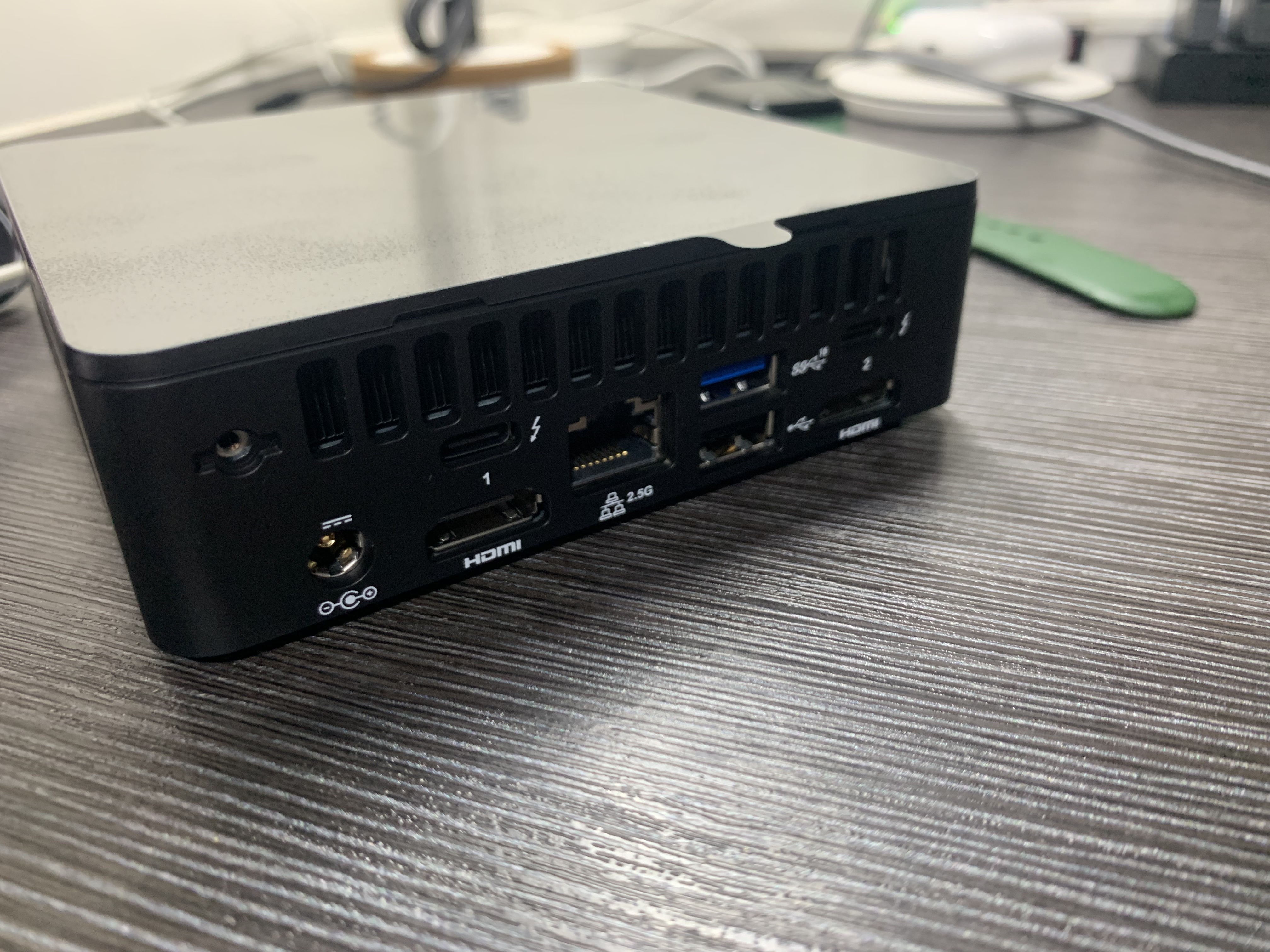 Intel VBIOS doesn’t provide too much option for overclocking and stuff, but there is an option for user to decide how long Intel Turbo Boost will last.
Increasing boost time can have better performance for a period, but will also cause higher machine temp.
Since my NUC is going to be my server, I perfer stability over performance, so I didn’t tune this part. 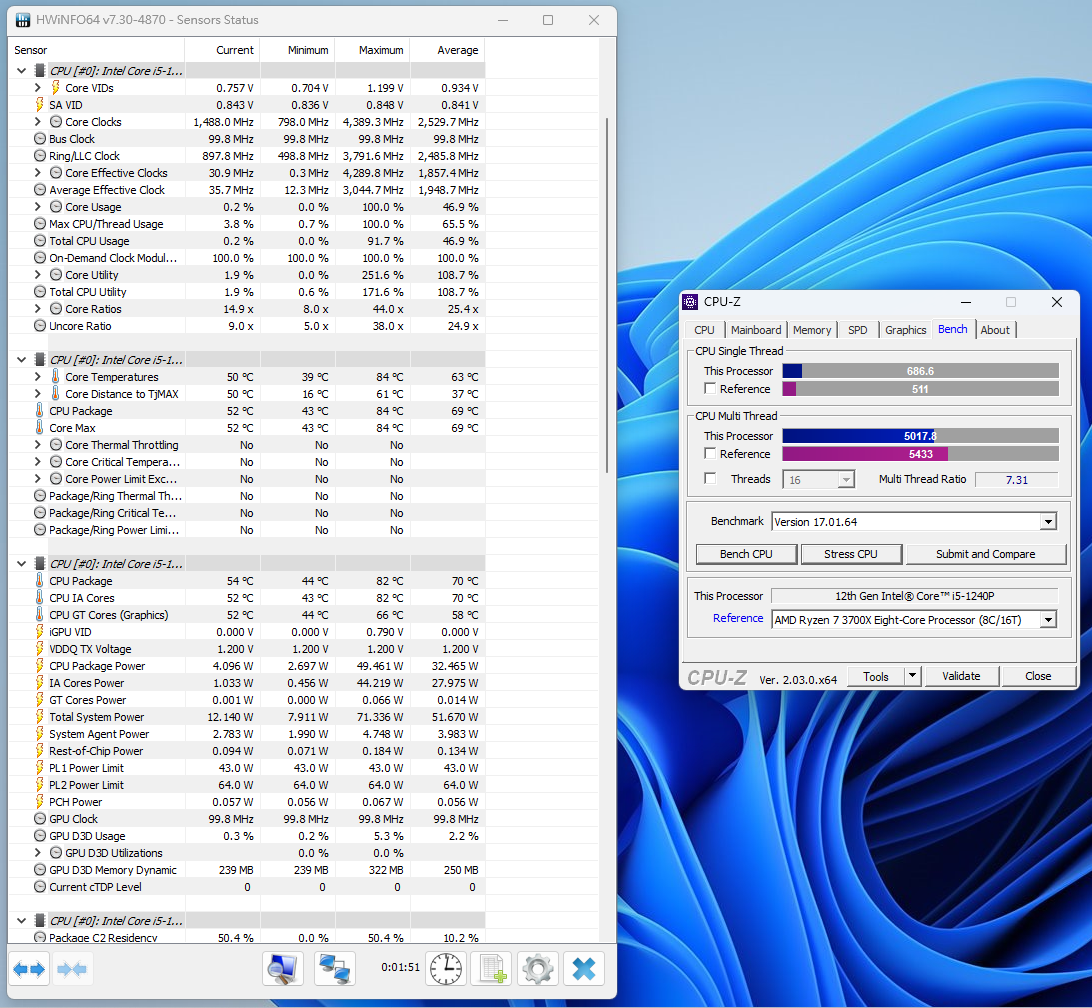 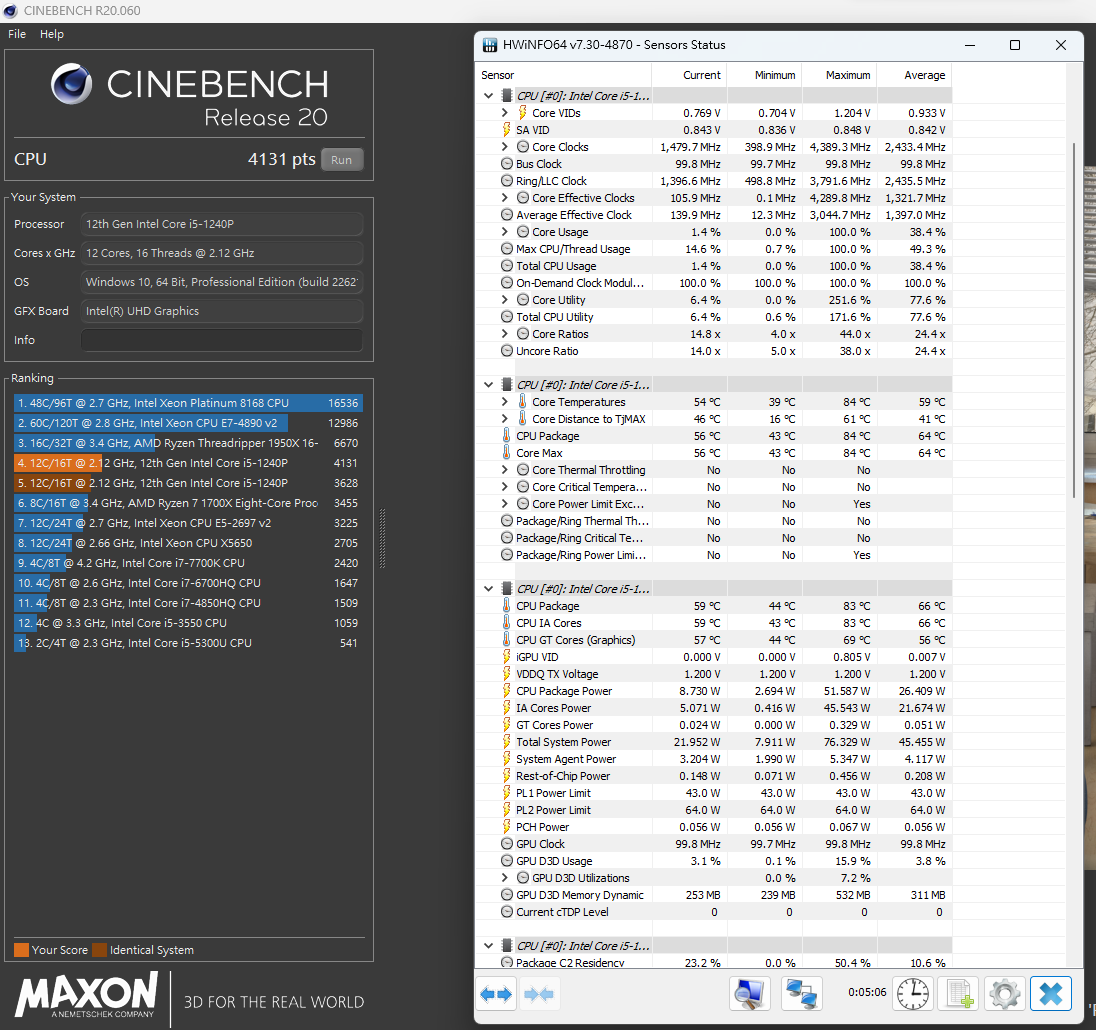 From these result, I think I’m pretty satisfied with this performance, especially since these result comes from a small machine.

But, Windows is only for testing and firmware update purpose. After these testing, I erased Windows and installed Proxmox VE instead.
Such a powerful but also compact home server solution!