Recently, Fedora released version 31, and in this release, Fedora removed Docker package from Fedora 31. Although you still can get moby-engine from upstream, and it includes Docker CLI and Docker Engine, but Fedora recommends you to switch to podman.

OK, so if it didn’t break, why switch from Docker to Podman ?

Because it did break, Docker broke in Fedora 31.

You may ask, “Okay…so no more Docker from now on, long live Podman?”, and this is a good question. But before answering this question, let’s take a look at Podman

Podman is a daemonless container engine for Open Container Initiative(OCI) containers and container images on Linux.

Wait, what? Daemonless? What daemon?

The daemon in Docker. Let’s take a look at how Docker works on your computer. 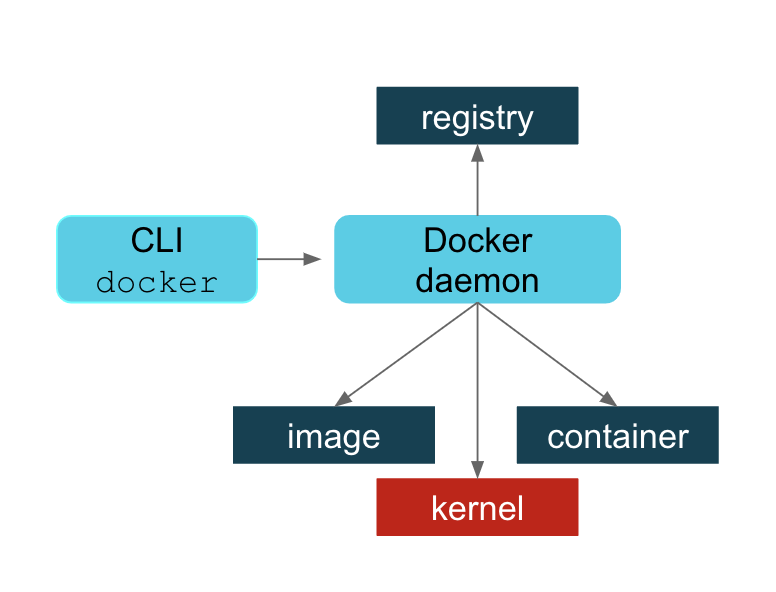 When you use docker on your computer, you didn’t use Docker directly. Instead, you’re using Docker CLI, which is connected to Docker daemon, running in the background of your computer.

Let’s say you want to run a container, you typed docker run ..., now, Docker CLI sends out command to Docker daemon, and if the image doesn’t exist on your computer, daemon will pull the image from registry, whether it’s Docker Hub or 3rd party registry. Then, Docker daemon use the image to create a container.

So, what’s wrong with this kind of architecture?

On the last one, it’s actually a serious issue. In the page Post-installation steps for Linux, it says

Warning
The docker group grants privileges equivalent to the root user. For details on how this impacts security in your system, see Docker Daemon Attack Surface

For now, if you want to control Docker, you still need root permission to do so, which can be dangerous.

Podman solved these issues, how you ask? Let’s take a look at Podman’s architecture. 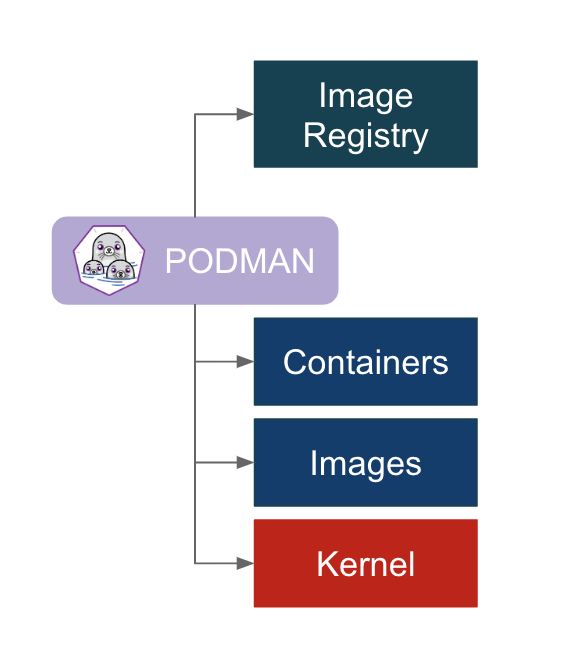 Instead of using “daemon”, Podman directly control all the stuff, registry, container, image, and Podman interact with kernel using runC. Even better, Podman uses “user namespace”, this means no more “sudo”. If you(or anyone who doesn’t have root permission) want to create a container, simply type “podman run”, and the container will be there.

To use Podman is simple, just install it. For example, if you want to install Podman in Fedora, just run

After installation, run this line.

Yes, go ahead, do it. You won’t notice the difference, at least for the most part.

If you got error message related to /etc/subuid or /etc/subgid, maybe it’s because this file doesn’t in your Linux.

The file /etc/subuid and /etc/subgid are being used to map user in host to user in container, for example,

The checkpoint function also means you can perform migration on containers, just use -e <FILE> parameter on podman checkpoint, then send the file to target machine, then use podman restore to put the container back into system.

If you’ve been using Docker, you must know --restart=always parameter. But in Podman, it doesn’t have this feature.

Podman wasn’t designed to manage container start-up, dependency checking, or failed container handling, so if you want to start your container automatically, you need to use tools like systemd

For example, if you want to run nginx container

Then enable and start the service, and you’re done!

Buildah is another program, it’s a project from CRI-O, just like Podman.

Buildah is a tool that facilitates building OCI container images. But it’s another day’s story, not today.